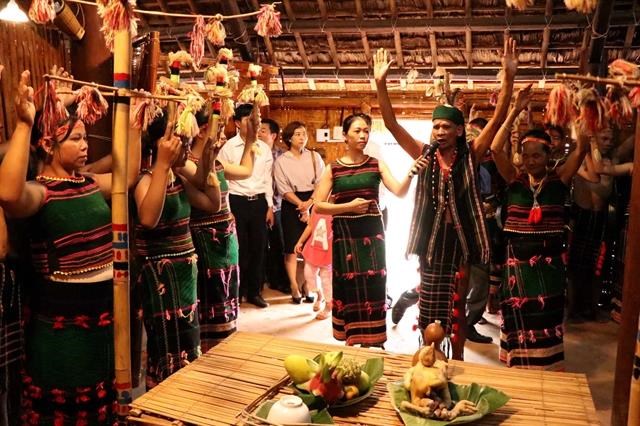 Vietnam’s ethnic minority groups are to be empowered to develop policies involving their communities.

Accelerating civil engagement is one of the main targets in the master plan on investment for socio-economic development in ethnic minority, mountainous areas and regions with difficult socio-economic conditions in the period between 2021 and 2025.

Representatives of ethnic minority groups joined a consultation workshop in Hanoi on July 31, for the first time, to voice their opinions and recommendations on the important document.

“People’s participation in formulating the policy will help make it more impactful and applicable in addressing their demands,” said Bui Van Lich, head of Work Group No. 56 under the Committee for Ethnic Minority Affairs – the agency in charge of this master plan.

By 2025, the growth rates of provinces in ethnic minority area are expected to reach 8 to 10 percent per year, higher than the national average.

Meanwhile, the average income of a minority ethnic person is aimed to rise 2.5 times, helping reduce the poverty rate by 4 to 5 percent a year.

Each commune will have a kindergarten, primary school and secondary school to serve the basic education of local children.

Up to 75 percent and 99 percent of ethnic minority households will have access to clean water and the electrical grid, respectively.

“To obtain these goals, besides the determination of authorities, it is essential to have communities join hands to discuss efficient implementations and budget distributing plans since they are the ones who understand their own problems best,” said Lich.

At present, Vietnam has 118 policies specialised in addressing ethnic minority affairs, affecting some 14 million people of more than 53 groups.

However, according to Lich these policies have been scattered and lacked breakthroughs to create significant changes.

Therefore, the committee will file a proposal to the Government and National Assembly on composing a national target programme on ethnic minority development with a vision to improve socio-economic conditions and infrastructure in ethnic minority areas, unleash their potential in securing livelihoods and conserving indigenous culture, while at the same time utilising the State budget.